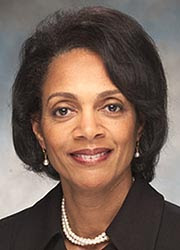 The Society of Professional Journalists Maryland Pro Chapter criticized Baltimore Mayor Sheila Dixon for the exclusion of television and print photojournalists from a Jan. 12 public meeting with members of the city council.

Mayor Sheila Dixon, while meeting with 13 of 15 city council members, expelled photographers from the Baltimore Sun, Daily Record as well as WBAL, WMAR and WJZ. The photojournalists were ultimately allowed to re-enter the meeting 40 minutes later, according to reporters who attended the meeting and published reports.

A spokesman for Dixon said the mayor was entitled to decide which reporters could stay and which would be excluded.

This is an opinion clearly at odds with the state's Open Meetings Act which allows the public and the media to attend meetings of public bodies. With 13 of 15 council members in attendance it is clear this meeting meets the definition contained in the Act.

"It's a blow to transparent government when the public or its media representatives are barred from meetings where elected officials are doing the work of the people," said Bryan P. Sears, president of the chapter.
Posted by Bryan P. Sears at 5:37 PM 4 comments:

Citybizlist Baltimore is reporting that another round of job cuts are looming at The Sun.

This time in the form of an undisclosed number of layoffs and not buyouts.

Four months ago The Sun bought out 100 employees across the Baltimore Sun Media Group, which includes at community newspaper chain. About 60 of those cuts were in the newsroom.
Posted by Bryan P. Sears at 4:05 PM No comments:

The SPJ Maryland Pro Chapter is accepting nominations for officers (president, vice president, secretary and treasurer) for the coming year.

Any chapter member in good standing is eligible to run. You must be paid up in your national and chapter dues in order to run.

Descriptions of each position are contained within the recently approved chapter bylaws.

If interested, please forward your name to me or chapter vice president Sarah Breitenbach along with the position you wish to run for and a brief description of your professional/organizational experience and why you want to serve in the chosen position. You may also provide a photo. This information will be provided to chapter members prior to the election. The deadline for nominations is Oct. 31.

Elections will be held the week of Nov. 17 through 21.

Also, if you are not sure you have the time to serve as an officer, please consider helping with chapter projects. We have several in the works including the awards banquet, scholarship committee as well as Sunshine and Ethics Weeks projects for the spring. You could help run chapter elections. Even if you only have a few minutes each week there are things you can do to help the chapter.

Thanks and good luck.
Posted by Bryan P. Sears at 10:47 AM No comments:

Have a slice of cake and sing Happy Birthday to the Frederick News-Post.

The paper opines on the occasion here.
Posted by Bryan P. Sears at 10:14 AM No comments:

Just a quick not to let everyone know the chapter now has bylaws.

They were passed this evening with a few amendments some technical and others that I think will make the chapter run better than ever and provide a measure of accountability for the members of the chapter.

A copy of the document was e-mailed earlier this evening to the national society. This brings the chapter into full compliance with the National Society's requirements.

By the end of the night you should be receiving the bylaws via e-mail. They'll also be available on the chapter Web site — www.spj.org/mdpro — and I'll update this post with a link to the document when it is posted.

I encourage all of you get a copy and feel free to contact me or any other officer if there are any questions.

Next up for the chapter is elections which will include open nominations for all four officer positions. I encourage everyone to think about running for an office or helping the chapter set up and promote future events or work on open government and First Amendment issues.
Posted by Bryan P. Sears at 10:03 PM No comments:

Couple of stories that tie into yesterday's post about the state's public information laws.

Here's a link to a story in The Sun today by Peter Hermann that explains how the public is ultimately hurt when law enforcement officials start withholding more and more information about crimes.

And another written by me for the Towson Times about charges for police reports in Baltimore County and some other jurisdictions. Most alarming is the policy of some departments to require people to explain why they want a public document. And a related post on the society's Freedom of Information Committee blog.
Posted by Bryan P. Sears at 11:34 AM No comments:

It could be worse but it could definitely be better

If you missed the article in this month's Quill or just haven't read it yet, there is a reminder of how badly we need to look at reforming Maryland's Public Information Act.

A 2007 survey by the Better Government Association and the National Freedom of Information Coalition ranks Maryland 11th with a grade of D (D- if you look at the percentage grade).

The study looked at all 50 states. No state received a grade of A. Nebraska and New Jersey both came close, tying with an 87 percent. Thirty-eight states received a grade of F with Alabama and South Dakota finishing at the bottom with perfect goose eggs.

It's a curious situation where the state's letter grade actually dropped but its overall position improved over the last study which was released in 2002.

In that study, six states received a grade of B. Eight states graded at an F (Alabama and South Dakota received zeroes then, too). Everyone else fell in between.

There's still work to be done here in the Free State.

One thing is clear, it's getting tougher to keep government transparent.
Posted by Bryan P. Sears at 5:00 AM No comments: